Thanks by the way to everyone who has been watching or leaving comments! I do enjoy them, but often I find myself a bit struck by some weird shy awkwardness. I don't always reply to everyone and I'm a bit ashamed of that. So I hope to work a little on such things.

Dave was busy on an inking job through January and now he's got a break I intend to steal his skills and get him to work on some of my recent sketches. Although knowing the usual timing of the jobs we get we'll end up having a commission minutes after starting work on our own projects! Still I managed to knock out some Nemesis Fleet images between my colouring work that weren't just characters standing on a blank background. 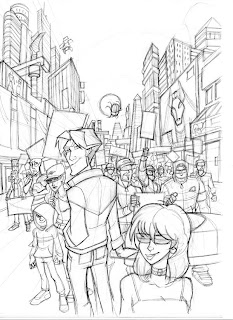 Then a bit of Battle Angel Alita doodling. The original 9 volumes of this are one of the few manga series I still enjoy. There are some amazing fight sequences although I'm not sure the story would hold up to me reading it fully again. I think it's something that was better when I was a teenager. But it's much better than the new series. When I saw the main character wearing cat ears and a tail on an upcoming cover I can't say I was exactly thrilled. 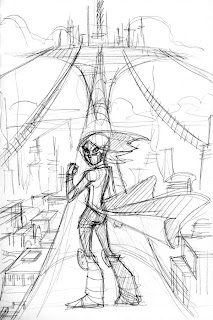 And then because yes, I am still working on portfolio things. I have all these Transformers pages that Paul gave me ages ago flat coloured and often half shaded, but I have to keep stopping for Tom and Jerry. It's a lot of fun working on these. Personally I prefer the style of the new cartoon to the movie designs but that's why I like doing these so much. It's more of a challenge and I feel like I'm learning something new. 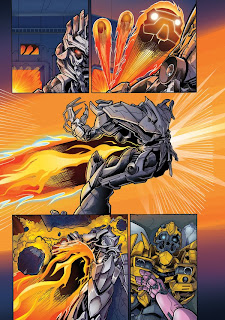