I promised you Batman so here is some Batman and Robin. There was also some movie recently, I hear it's done alright for the character.

We saw it on Imax and it was very nice. Well okay, nice is a terrible word to use to describe this film. It's a grim thing and probably takes itself a little too seriously, but I enjoyed it a lot. 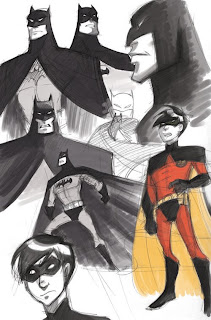 I don't usually draw many superhero characters but I've been feeling all inspired lately to try and draw some of the wimminfolk. I don't know if my skills are mighty enough to make them look badass though. 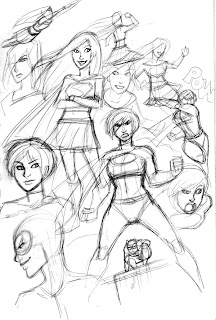 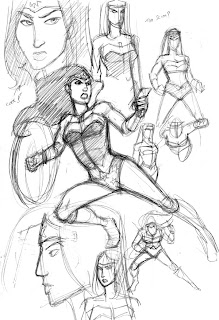